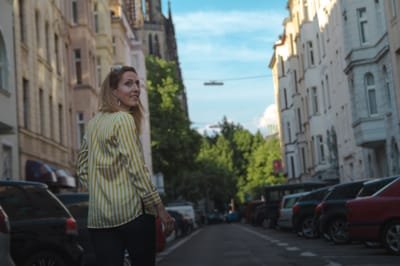 Sally is a freelance flautist and flute teacher based in Cologne, Germany.  Born in the UK, Sally studied for her Bachelor degree at the Royal Academy of Music and has appeared with orchestras including BBC National Orchestra of Wales, Neue Philharmonie West Falen, La Orquesta Filharmonica de Santiago and London Contemporary Orchestra. After time spent as an Artist in Residence at the Banff Centre, Canada, Sally moved to Cologne to study for a Masters degree at the Hochschule für Musik und Tanz Köln where, alongside orchestral performance, she continued to develop her interest in the performance of contemporary music, founding the contemporary music ensemble BRuCH in 2013.

As a performer Sally focuses on chamber music and enjoys exploring different styles of music, feeling at home playing modern and folk music as well as traditional classical repertoire.  Teaching forms an important part of Sally's work and since 2016 she has been on the teaching faculty at the Hochschule Für Musik und Tanz Köln. She also works as an examiner of Grade Exams for the Associated Board of the Royal Schools of Music.

Sally is also a trained yoga teacher and gives classes online for musicians. See the yoga for musicians section below for more information!