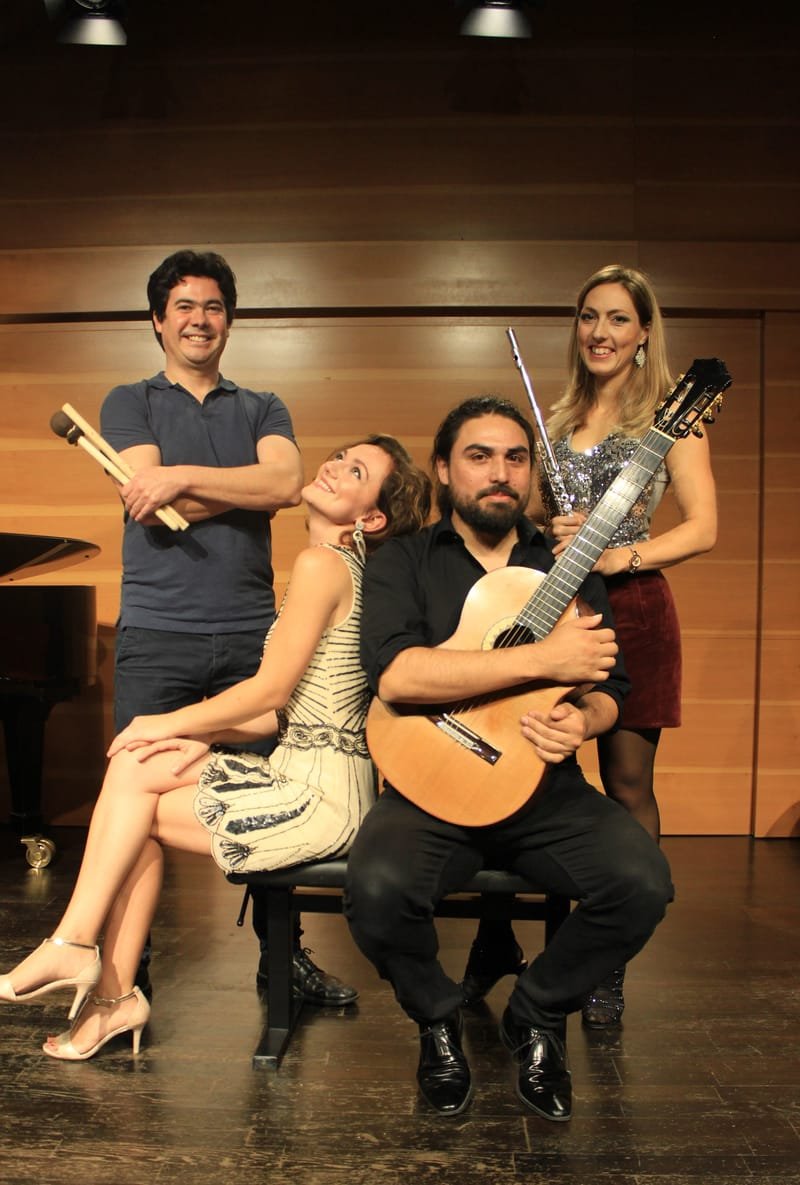 Meticharos was formed in 2017 by four classically trained musicians who decided they wanted to explore the folk traditions of their homelands.  Based in Cologne, Germany, but all from different parts of the world Meri, Sally, Camilo and Pablo set about arranging a programme of different traditional music styles for voice, flute, piano and guitar. The Celtic sounds of Britain and Ireland, folk music from Georgia and the Caucasus region and traditional dances from South America form the basis for this musical journey around the world.