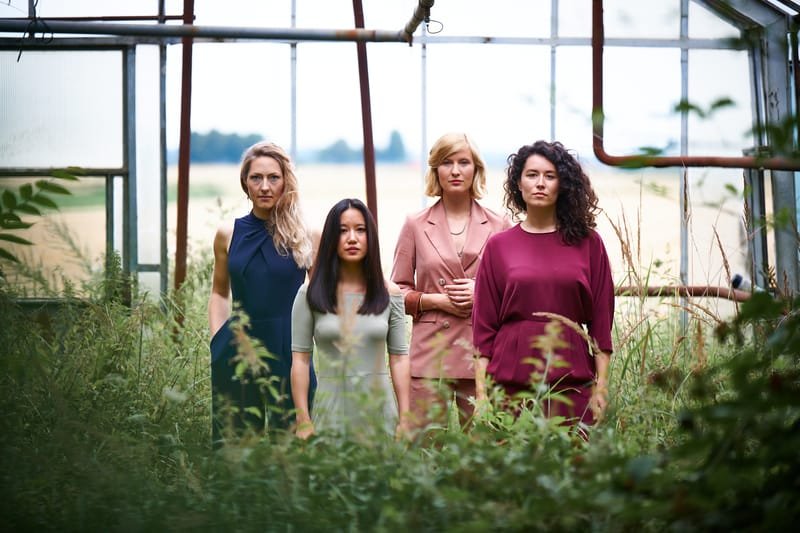 The four members of BRuCH,  Sally Beck (Flute), Ella Rohwer (Cello), Claudia Chan (Piano) and Marie Heeschen (Voice) met whilst studying at the Hochschule für Musik und Tanz Köln.  Previous to founding the ensemble in 2013, all four musicians had worked separately within the field of contemporary music.  They now work together to continue taking this interest forward.  As an ensemble BRuCH are dedicated to the interpretation of contemporary works from the 20th and 21st centuries and work regularly with young composers, including Julien Jamet, Ricardo Eizirik, Gordon Kampe, Simon Steen-Andersen and Matthias Krüger.  Their concert programmes are often crafted from the appealing mix of contemporary music and impressionistic sounds, delivered through the unusual instrumentation of the ensemble (piano, flute, cello and voice)

Since 2014 BRuCH has been supported by a scholarship from the  Werner Richard - Dr. Carl Dörken Stiftung. In the same year BRuCH won 2nd prize at the Karlruher Competition for Contemporary Music.  They have appeared at Acht Brücken Festival Cologne, the Zeitgenuss Festival Karlesruher, the Euregio Musikfestival, TripClubbing concert series for the Philharmonie Köln and in the Gewandhaus Leipzig.  Since 2016 they have been supported by a scholarship from the German Music Competition (Deutscher Musik Wettbewerb) and also won the Marie-Luise Imbusch Stiftung.

BRuCH has worked with David Smeyers, Robert Winn, Christoph Pregardien and also with Helmut Lachenmann on his work temA, which they were later invited to record for West German Radio (WDR).   BRuCH have also made recordings for Southwest Radio (SWR), North German Radio (NDR) and German Radio (Deutschlandfunk).  In 2018 they were named Ensemble in Residence at the Folkwang University of the Arts in Essen where they are studying on the Konzert Exam Excellence programme in the class of Prof Barbara Maurer.